Thomas Bryntesson became the second double winner of the RallyX 2022 season by claiming victory in round five of the series at Riga in Latvia to move into title contention, while Yury Belevskiy claimed a maiden RallyX win in round six.

The historic Bikernieki circuit returned to the RallyX schedule for the first time since 2019, with the action on track met by adulation from an enthusiastic Latvian crowd, the RallyX double-header part of the first-ever Rallycross Power Weekend.

Finnish driver Niclas Gronholm set the pace throughout qualifying during round five, and started the final from pole position with his GRX Hyundai i20. However, rain fell just before the last race of the day, on Friday, and minor contact between a fast-starting Yury Belevskiy’s Peugeot 208 and Gronholm’s car at turn four sent the Hyundai into the wall on the outside. The car was then hit by Ole Christian Veiby’s Audi, bringing an end to both their races.

Belevskiy won on track but was disqualified for the move, handing the win to Bryntesson, the Volkswagen Polo driver having taken his joker on lap one and beating EKS’ Enzo Ide to the finish line. Despite making a slow start to the race, Philip Gehrman finished third, but his JC Raceteknik team mate Sondre Evjen just missed a place in the final. 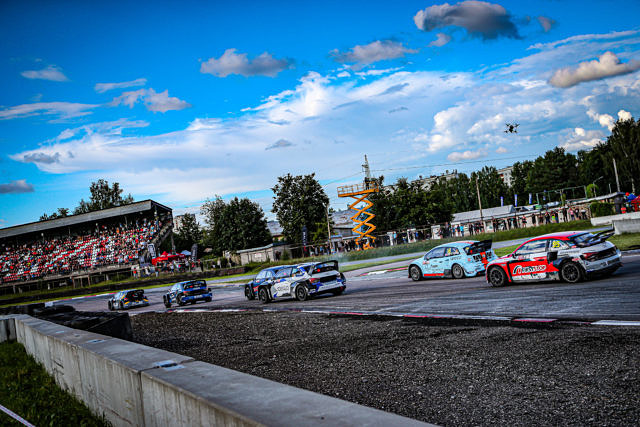 A number of Latvian and Estonian drivers joined the grid for round six on Sunday, although unfortunately Gronholm was unable to take the start. Bryntesson, Ide and Belevskiy each set a fastest time in qualifying, Ide taking the top qualifier position, but it was Belevskiy who won his semi-final and then dominated the final to claim a first RallyX Supercar win with the YellowSquad team.

Evjen won the first semi-final, ahead of Ide, and battled through the final to return to the podium, while Bryntesson overcame engine problems in Q3, and then suspension issues in the semi-final and final to finish third, beating Ide and Veiby to the finish line in the final corner. Gehrman was sixth.

Edijs Oss finished best of the local drivers, classified ninth overall. The semi-finals and finals in round six were only able to take place thanks to the hard work of the track team in Riga, which was flooded with deep water for a period between qualifying and the semi-finals getting underway, due to a huge rainstorm.

With one round remaining, Johan Kristoffersson and Niclas Gronholm are tied on points at the head of the standings, with Bryntesson and Evjen still in title contention. 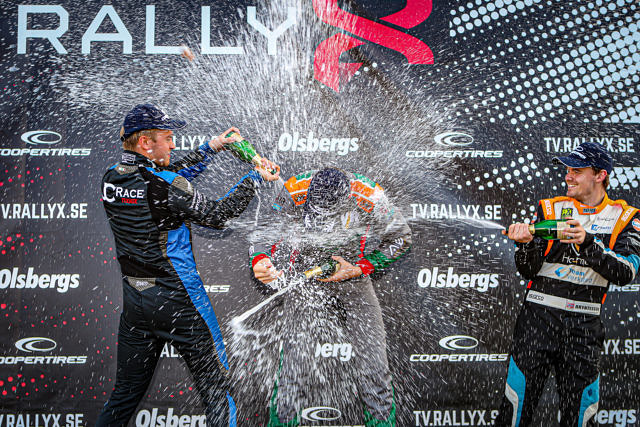 Supercar Lites championship leader Simon Olofsson did everything right in the first two qualifying races in round five, but contact in Q3 broke his car’s suspension, dropping him down the order. He fought back however, won his semi-final then claimed victory just ahead of Martin Ekspjuth, the second-place driver having a career best Supercar Lites event. Jimmie Walfridson displayed clever race craft in the final to return to the Lites podium. 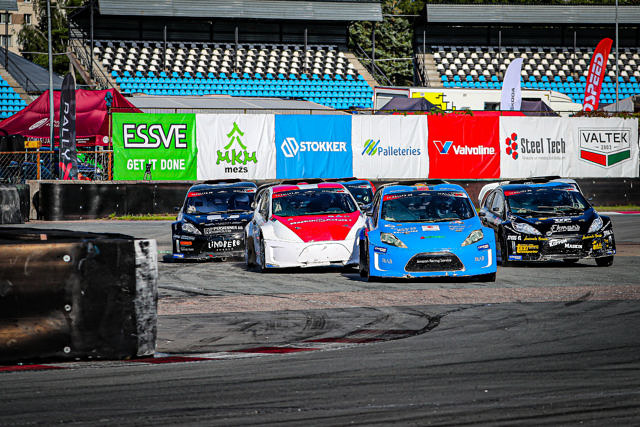 As things didn’t go right for Olofsson in round six, Ekspjuth took the top qualifying position and won semi-final one, but was forced to retire from the final in a heart-breaking result while set for a first win. Olsbergs MSE driver Casper Janson, who didn’t qualify for the semi-finals in round five, claimed a second RallyX career win, and was joined on the podium by team mate Ole Henry Steinsholt. Isak Sjokvist, who was slowed by a broken damper, finished third. 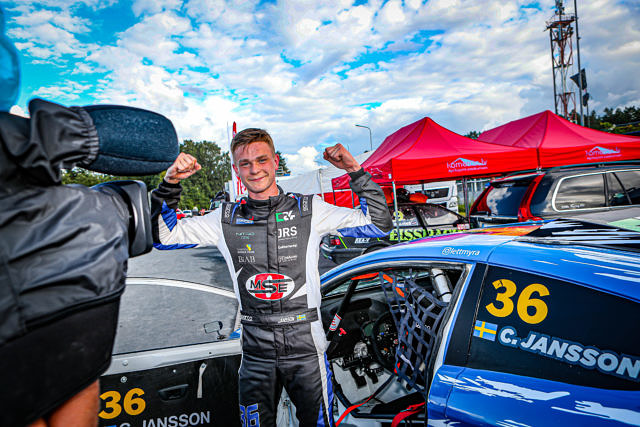 Home hero Reinis Nitiss returned to international rallycross in the Crosscar category, and despite getting stuck in traffic and crashing out of his second qualifying race, he stormed from the back of the pack to win round five of the season in style. The youngest-ever World Rallycross Championship race-winner then almost pulled off the same feat in round six, but he finished just behind winner Elias Svensson, who dominated the day by taking a clean sweep and became the season’s first two-time winner. Regular RallyX Latvian driver Ronalds Baldins finished second and third, while Patrick Hallberg completed the podium in round five, although it is now his team mate, Oskar Andersson, who leads the standings.

Finnish driver Joonatan Ylilammi claimed a career-first RallyX win in the Junior CrossCar final in round five, taking maximum points from the event to help his title-challenge. Points leader Mikael Uiitto and Lauri Halonen made it an all-Finnish affair on the podium. It was Karl Peder Nordstrand however who stormed to victory in round six with a convincing drive, the junior drivers producing some of the very best racing of the weekend. Uitto and Ylilammi finished second and third, split by less than a tenth of a second at the finish line.

Self-engineered Hybrid Mercedes Benz 190e driver Viktor Johansson, the Open 2WD points leader, claimed a first win of the campaign in round five on Sunday, just pipping Timmy Enlund to the finish, the BMW driver returning to the fold following a huge accident in round four, and finishing on the podium. Finnish driver Joni-Pekka Rajala had gone fastest in Q1, and fended off local BMW 1 Series driver Kristaps Grunte for the final place on the podium with his Datsun Finn. Concluding a weekend of hard work by his team to adapt his Volkswagen Polo to the technical Riga circuit, Simen Engsvik won the round six final ahead of Johansson, while Grunte scored a home podium in third. 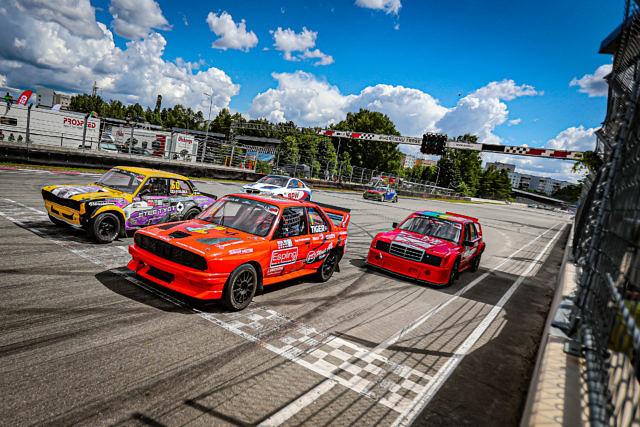 Make sure to watch ALL of the action for FREE on the RallyX YouTube Channel.

The final round of RallyX take place at Strangnas, Sweden [July 23-24].