The 2021 RallyX Nordic presented by Cooper Tires campaign will once again kick-start the international rallycross season when it races into life at Nysum next weekend (1-2 May), with the eagerly-anticipated Danish double-header curtain-raiser already shaping up to be an unmissable action-packed thriller.

Notwithstanding the many and varied challenges posed by the global pandemic, RallyX Nordic enjoyed arguably its finest season to-date in 2020, with a state-of-the-art live broadcast package, a whole host of superstar entries, dramatic doorhandle-to-doorhandle racing and pulsating title fights in every class. And all the signs point to 2021 being even better.

The most successful rallycross driver of the current generation, the Swede is a class act and won two of the three RallyX Nordic rounds he contested last season – but he has never raced around the high-speed Nysumbanen circuit before and is up against a whole host of similarly rapid rivals. 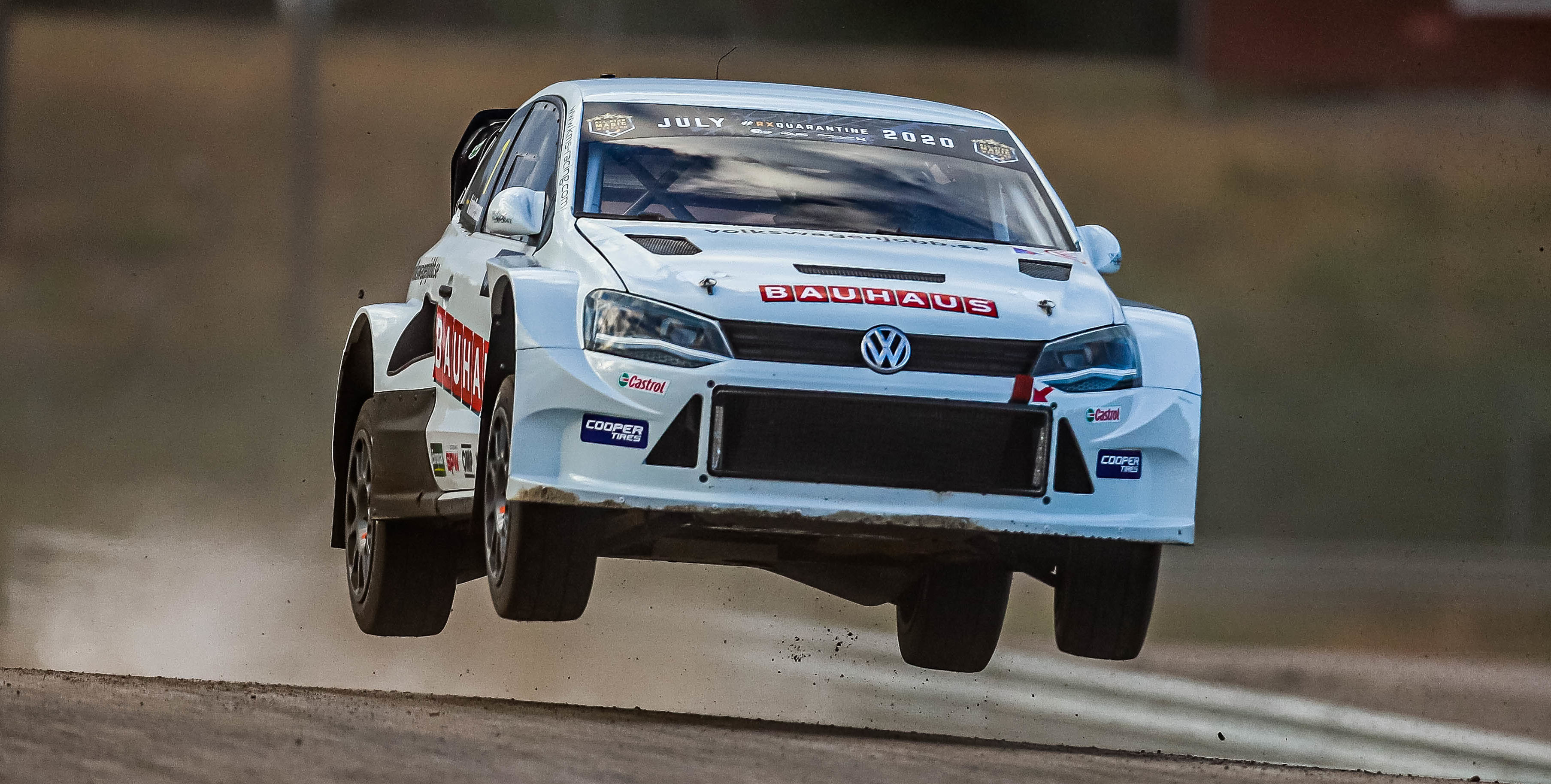 Ulrik Linnemann is one of four local specialists in the 13-strong Supercar field, and the Dane finished on the podium on home soil last September in his Ford Fiesta so is sure to be a leading threat next weekend.

Fraser McConnell is the highest-placed returning driver from 2020, having secured the runner-up spoils at the end of his rookie campaign in the category with Olsbergs MSE. The Jamaican is back for a second crack this year – and he has only one goal on his mind.

Sondre Evjen rejoins the RallyX Nordic fray with EKS JC, as the former Supercar Lites front-runner bids to build upon two encouraging seasons in the FIA European Rallycross Championship, while Philip Gehrman is another returnee to the grid in his Volkswagen Polo and has been a consistent contender in the past.

Last year witnessed one of the closest and most compelling Supercar Lites championship battles in recent memory, and two of its four protagonists – Simon Olofsson (STS RX) and Linus Östlund (Olsbergs MSE) – are back for seconds-out, round two in 2021. Both will assuredly be right in the mix once more, but if they think they are going to have it all their own way, they will need to think again.

Fellow Swede Martin Enlund showed flashes of real speed last season, and is hoping his winter switch from OMSE to family-run outfit Enlunds Motorsport will prove to be the catalyst for an all-out title push. ‘Flying Finn’ Tommi Hallman (SET Promotion) is another highly-rated young gun tipped to shine, and Nils Andersson has joined Kristoffersson Motorsport as he continues to work his way up the order.

Martin Ekspjuth is making the move from Supernational competition and it will be fascinating to see how quickly he can adapt to the single-make Supercar Lites car, while Frenchman Grégory Fosse (OMSE) has signed up for a full campaign after dipping his toe into the water in Denmark last year, and can count upon the support and advice of former World RX driver and RallyX Nordic Champion, Guillaume De Ridder. America’s Lane Vacala in the second STS RX entry adds another international dimension to a truly competitive class.

Mats Oskarsson, finally, may be Supercar Lites’ elder statesman at the age of 44, but the Swede proved that he can still teach his younger adversaries a few tricks when he sped to second place at Höljes last season. Life in the old dog indeed…

The ever-popular CrossCar/Crosskart class is sure to be a fiercely-fought affair, with the 22-strong entry list featuring a tantalising mix of experienced contenders and promising newcomers.

Last year’s runner-up Jimmie Österberg is back with a new team in Power RX and a steely determination to finally add the coveted crown to his career CV, having finished as runner-up for the past two seasons. He will be partnered by talented teenager Erik Andersson, who came within a whisker of lifting the CrossCar Junior laurels in his maiden campaign on the RallyX Nordic package.

EKS JC’s Isak Reiersen and Carcontrol ace Isac Egonsson – third and fourth last year respectively – are similarly likely to be front-runners, while countryman Patrik Hallberg is the dark horse in the field, after posting the fastest time in eight of the 11 qualifiers he contested in 2020 and winning at Arvika. The Swede was not ultimately a title protagonist due to missing the Nysum finale – but he undoubtedly will be this year.

Reinis Nitišs – the youngest winner in World RX history and the 2018 European Rallycross Champion – will be one to keep an eye on, while six Danish drivers on the list are headlined by Nicklas Jensen, who topped the intermediate standings on the opening day of the event last September.

Building upon the momentum established in its inaugural campaign, CrossCar Junior returns with 11 eager young guns aged between 12 and 16 – and four of last year’s top five are back to battle for honours again, including defending champion Alex Gustafsson. Given the entertaining and unpredictable nature of the 2020 title tussle, expectations are high for another sensational season-long scrap.

Fans will be treated to a new full-time class in RallyX Nordic this year, too, with the addition of the Open 2WD category bringing together a spectacular array of cars spanning several decades, from BMW M3s to a Mazda RX-8, a Porsche 911, a Ford Escort MkIII and a Volvo S40. Such an eclectic mix of classic and more modern-day machinery is sure to produce a captivating show.

All of the high-octane action across all five classes will be broadcast live and in high-definition at tv.rallyx.se, with the racing set to get underway at 11:20 CET on Saturday, 1 May and 10:00 CET on Sunday, 2 May.

Meanwhile, registration for rounds three and four of the season at Höljes (13-16 May) closes at midnight on Thursday, 29 April and entries have already been flooding in, setting the scene for a mouth-watering Swedish double-header around the iconic Värmland circuit next month. 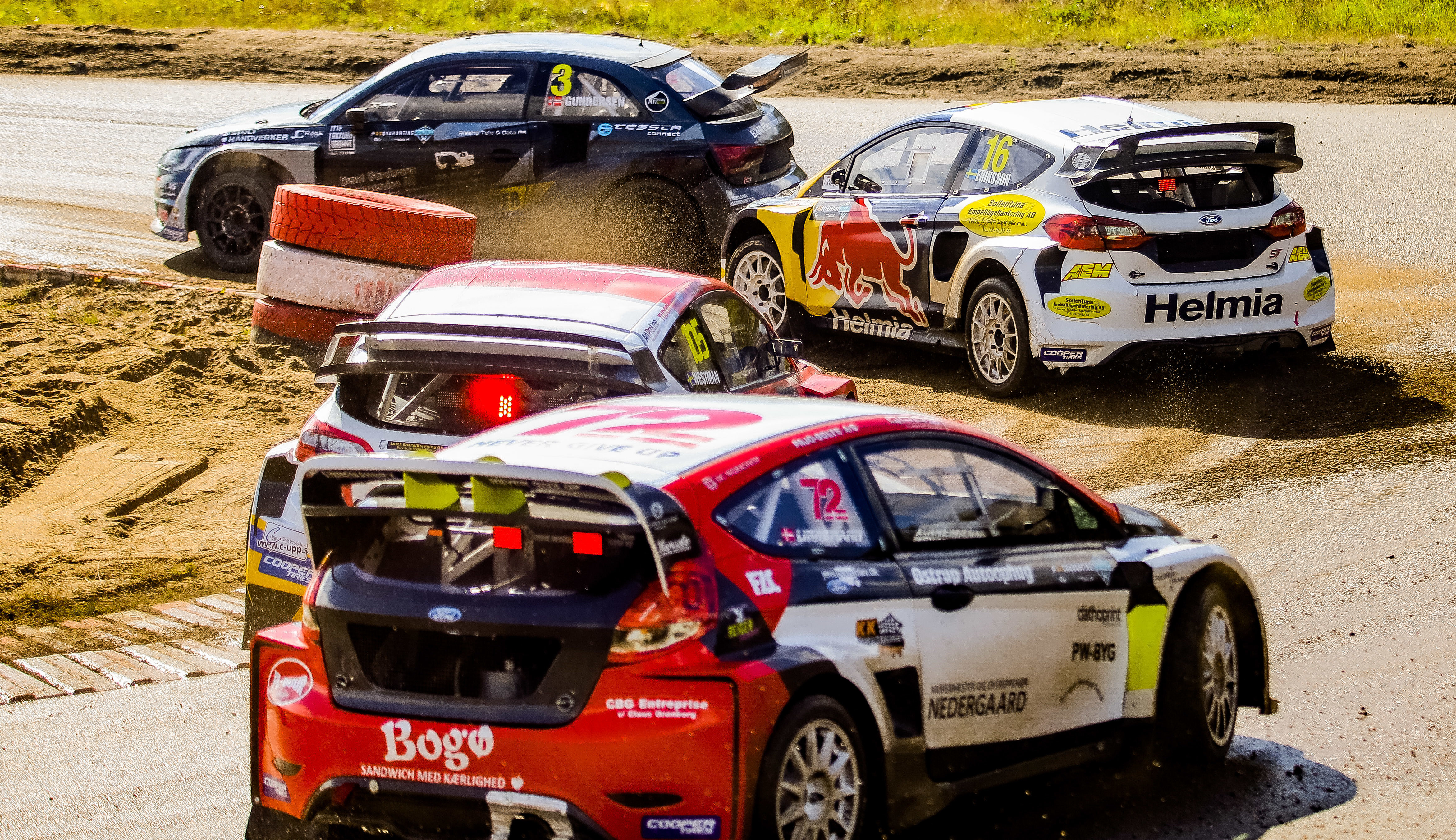