Österberg: To be one second from winning the championship hurts

Jimmie Österberg has spoken of his pain at missing out of the RallyX Nordic CrossCar/Crosskart title for a fourth consecutive season after the Power RX ace came so close to breaking his duck at Arvika.

Österberg, who has been a championship contender every year since the series was introduced to the RallyX Nordic package, headed into the last round of the campaign level on points with Patrik Hallberg and eventual winner Isak Reiersen.

And the trio were evenly matched all weekend, meaning each driver stood a chance of claiming the spoils in a winner-takes-all final, but Österberg finished third on the road and has had to face up to another dose of disappointment.

“Right now I’m not feeling so happy about the season ending, but I’m happy with my performance this year and happy to be the only driver to reach the final in all seven races,” Österberg said. 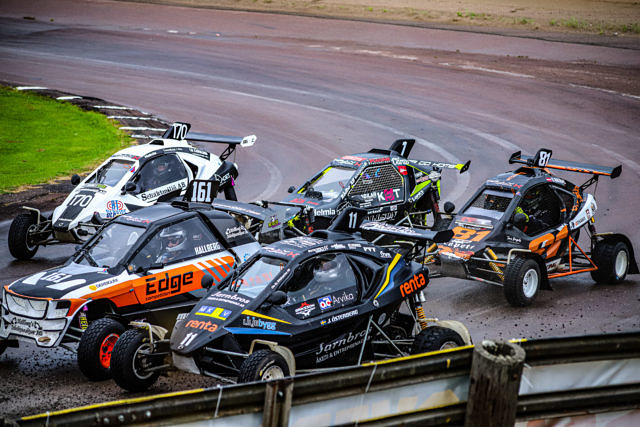 “I had two goals for this season – to take the title and to be as consistent as possible, and I at least reached one of them. I have driven this series for four years and ended up third, second, second and third, so its not bad at all but a gold is a gold. To be one second from the title hurts…”

Österberg entered the season as an early favourite for the title but didn’t reach the rostrum until Round 4 at Höljes, where the Swede notched an impressive second place behind Reiersen.

He then went one better at OuluZone, claiming victory ahead of the EKS JC youngster, but the pair were both disqualified from the Round 6 final after a turn one incident which let Hallberg back into the title fight and squared things up at the top of the table.

A error from Österberg in qualifying at Arvika left him playing catch up, but the 27-year-old had every chance in the final race of the season – only to see an inspired Reiersen pip Hallberg by 0.042 seconds on the line as he came home third.

“To have three drivers on the same points ahead of the finale without any big situations or incidents is incredibly good, so thank you to Isak and Patrik for a great fight,” said Österberg.

“The level of competition in RallyX Nordic grows every year. I have been in the CrossCar/Crosskart class from the beginning four years ago, and I can say that this year was a big step up from all drivers.”

When asked about his future plans, Österberg refused to rule out another shot at the CrossCar/Crosskart title but also suggested a switch to another category could be on the cards.

“I love CrossCar/Crosskart,” he said. “It suits me and I really want that gold, but I’m also interested to give car racing a try. For sure, I will be back in RallyX Nordic somehow! 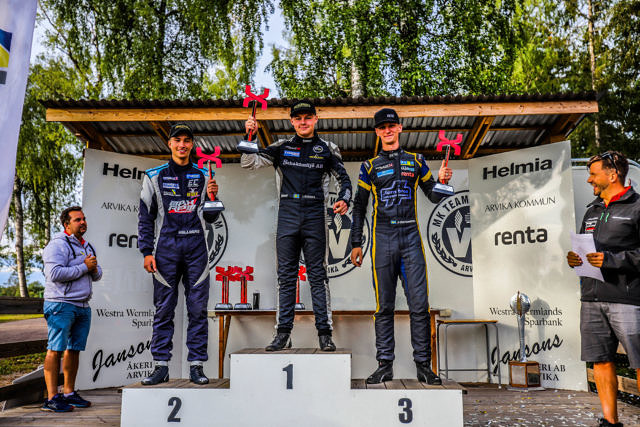 “The championship grows bigger and bigger every year, and the livestream has been perfect this season. All my supporters and partners love the high standard on the broadcast.

“The support from my Power RX team this year has been really good, and I really want to thank my mechanics that have been incredible this season – the campaign would not have been possible without them. My partners has also been extra important this season and I’m really grateful that they joined this journey despite the COVID-19 situation. Big up to them!”