‘It was the biggest moment of my racing career’ – Holmen

Thomas Holmen was back with a bang at Höljes for the 2019 RallyX Nordic season opener, after an 18-month hiatus from racing, the young Norwegian driver took Sweden by storm on his return to racing. Holmen won a heat, a semi-final and the final before taking to the top step of the podium with an emotional and ever-popular victory on his comeback weekend.

Day two of the double-header didn’t go quite as well for Thomas after a first lap scuffle in the final sent him careering into the barrier, nevertheless, he came away from the iconic Swedish circuit leading the Supercar Lites championship.

“I still haven’t gotten over winning at Höljes. It happened, at my comeback, in Höljes, I still can’t quite believe it. It was really big, I would say it was the biggest moment of my racing career. It was the best feeling ever to go across the line in first place and then throw it into a 360, absolutely fantastic!” 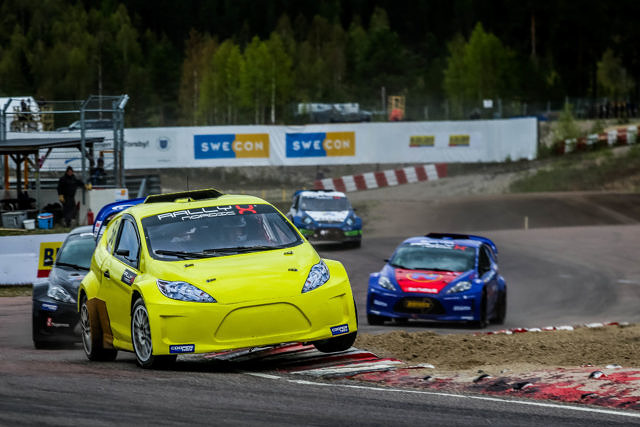 Holmen’s Nysumbanen endeavour was hindered by reliability issues in Q2 before rebounding to run at the sharp end in Q3. The 19-year-old’s day ended with the checkered flag in the semi-final as he missed the cut by one position, eventually finishing fourth behind teammate – Simon Olofsson.

“Nysum was a difficult race, we had alternator problems in Q2, I could tell on the grid because the power steering felt all wrong, we drove like that for three laps but had to retire on the last lap. I also think I could have done one of the fastest times in Q3 if I hadn’t messed up the joker but it’s easy to say ‘what if’ afterwards. I felt I did what I could in the semi-final, I was struggling to find the right braking points into the fast corners after the straights. I started to hunt down Olofsson when I came out behind him after the joker, but we’re teammates and I didn’t want to crash into him so I didn’t go for a lunge.

“I drove in Latvia in 2016, I was challenging for the top spots at the start but I lost it after three corners, I tried to go round the outside of Sondre [Evjen] but when it rains there it gets really slippery so I went into the barrier. When it is dry the grip level is really good, it’s hard compacted gravel which is great for racing. Dirt Rally added the Latvia track recently so I will be practising a lot on that before the race!”