Ready to Race! The countdown is on to Höljes’ ‘All-Star’ Magic Weekend

As the world gradually begins to open up again, Höljes is preparing to stage Europe’s first high-profile motor racing event since lockdown. More than 90 competitors have signed up to take part across the five classes – ‘Legends’, Supercar, Supercar Lites, CrossCar/Crosskart and CrossCar Junior – and fittingly, amongst them are some heavy-hitters indeed.

In the invitational ‘Legends’ class – for drivers who are no longer active but whose past achievements make them incontestable titans of the sport – two-time FIA World Rally Champion Marcus Grönholm will take on 74-year-old former FIA European Rallycross Champion Per Eklund, fellow rallycross heroes Andreas Eriksson and Stig-Olov Walfridson and rallying and rallycross star Henning Solberg. It is the kind of tantalising line-up that has never been seen before – and arguably, never will be again. 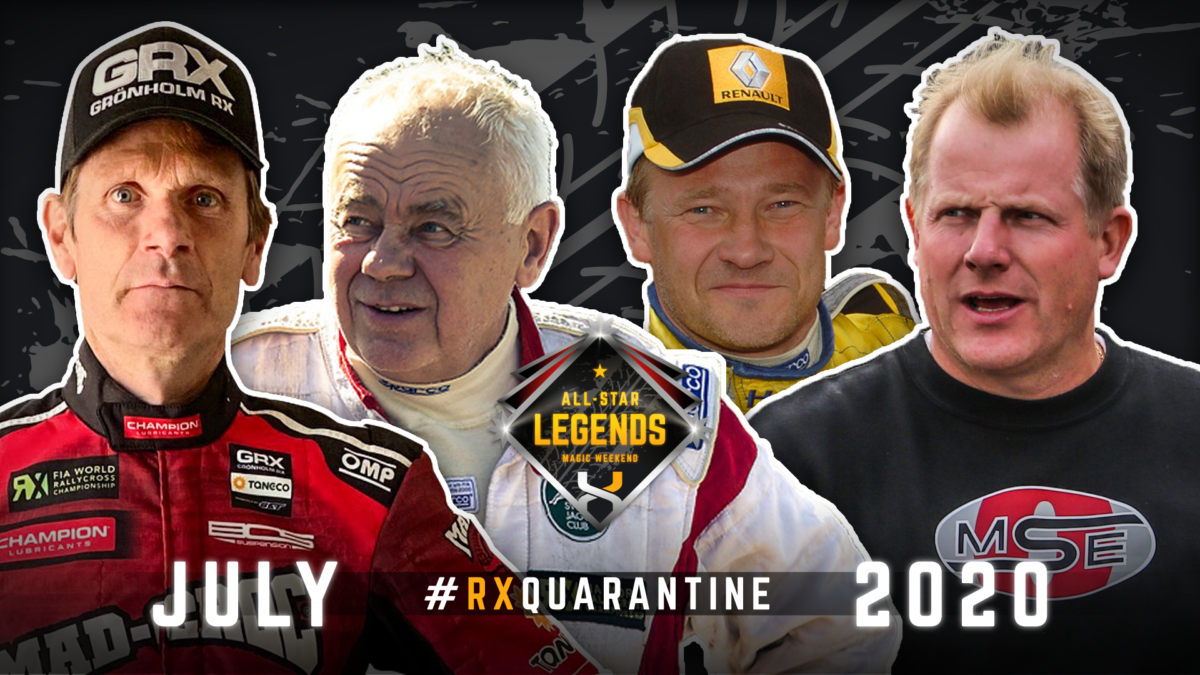 There will be two notable ‘debuts’ in the 22-strong Supercar field, as both JC Raceteknik’s Ben-Philip Gundersen – last year’s RallyX Nordic Supercar Lites Champion – and Jamaican ace Fraser McConnell (Olsbergs MSE) make their maiden appearance in the class, while GRX Taneco’s Niclas Grönholm reached the World RX final at Höljes in 2019 and will be fired-up to kick-start his 2020 campaign with victory. 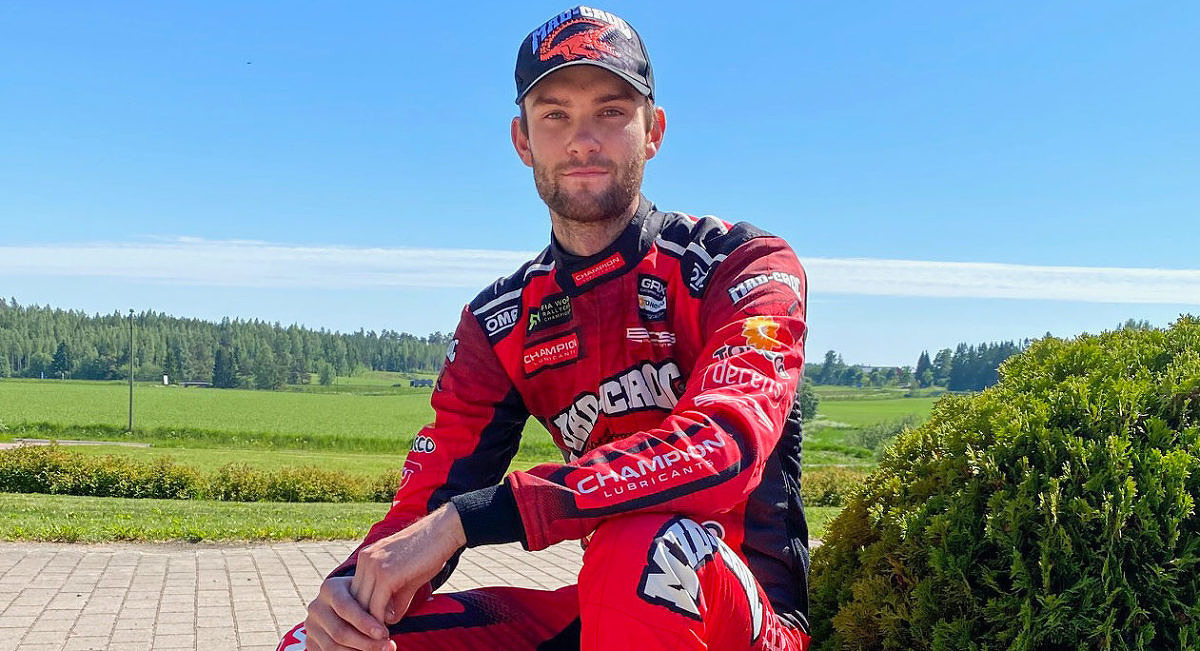 Five-time FIA World Rally Championship runner-up Thierry Neuville and reigning FIA World Rallycross Champion Timmy Hansen headline the 40-strong CrossCar/Crosskart entry, as the Belgian and Swede team up under the new LifeLive Nordic banner. Ten CrossCar Juniors complete the line-up, as for the first time RallyX Nordic welcomes competitors as young as 12 – proving that the future of the sport is every bit as bright as its present and past. 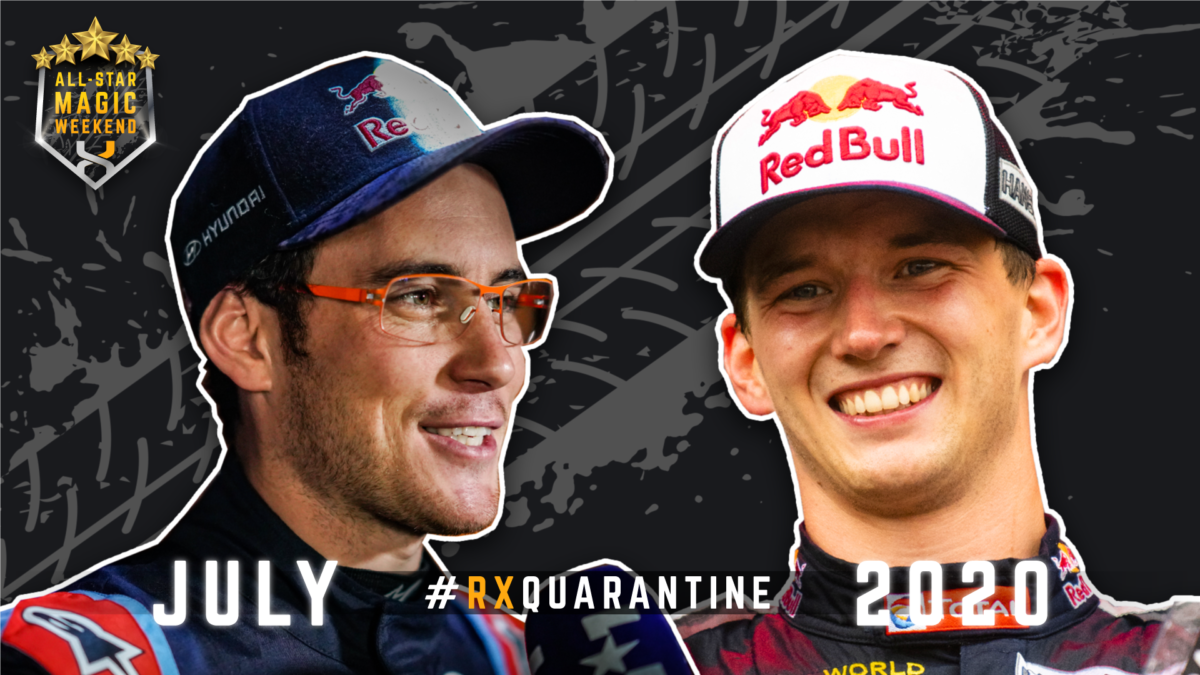 “After many weeks of planning, we are all tremendously excited to get the ‘All-Star’ Magic Weekend underway,” enthused Jan-Erik Steen, CEO of RallyX Nordic promoter, RX Promotion. “A tireless effort has been put in by all involved, and the result is that we have a mouth-watering entry list, huge interest from all around the world and a broadcast arrangement that is set to bring viewers more live rallycross action from a single event than ever before.

“The start of a season is always something to look forward to, but the three-month pause has left everybody hungrier than ever for real-life racing – and that is what we are proud to present. The drivers are ready, the cars are ready, Höljes is looking superb and now all that remains is for fans to settle down on the sofa and tune in for what will unquestionably be the motorsport event of the year so far.”

Prominent Swedish streaming platform StayLive will host the ‘All-Star’ Magic Weekend, with the attractively-priced subscription package offering more than 26 hours of live action and interviews for just 249 SEK (c. €24,99). Subscribers will also gain complimentary access to all 2019 RallyX Nordic races as a bonus. You can sign up here.

*All times are in CET