Larsson is renowned for his trademark all-out, ‘just-gotta-send-it’ style, and there was plenty of that on display today as he threw his KYB Team JC Audi S1 around the iconic Swedish circuit with energetic brio. There were similarly show-stopping performances in the Supercar Lites, CrossCar and CrossCar Junior classes, as rallycross returned with a bang!

The action continues with round two on Saturday and Sunday, as the global English-language feed streams the racing live all around the world, with no geo-blocking. The attractively-priced subscription package offers more than 26 hours of live rallycross and interviews – all of which can be paused, re-wound and replayed at will – for just 249 SEK (c. €24,99). You can sign up here.

In the 20-car Supercar entry – described by 2018 RallyX Nordic Champion Oliver Solberg as ‘World Championship-level’ – Larsson was on the leading pace throughout the qualifying stages at his home circuit. After winning his semi-final, the Swede out-dragged pole-sitter Niclas Grönholm away from the start-line in the all-important final – and from there, he was unstoppable.

An early joker for two-time World Champion Johan Kristoffersson paid dividends, as the rallycross returnee vaulted up to second place at the chequered flag – a fine fightback after an uncharacteristically rough run through the qualifiers.

That put the Swede just ahead of fellow World RX front-runner Grönholm, who won all three qualifying rounds behind the wheel of his GRX Taneco Hyundai i20, despite describing his Q1 joker lap as ‘driving like grandma’. For the record, it was the fastest joker of anybody…

Solberg finished a close fourth as he brought the venerable Citroën DS3 back to the fray, enjoying a clean run in the races after suffering from a broken driveshaft and gearbox issues in the Wednesday evening and Thursday morning practice sessions.

2017 RallyX Nordic title-winner Thomas Bryntesson placed fifth, battling back from a Q2 incident that saw him clip the barrier going down the hill and spin wildly off the track. Pontus Tidemand wound up sixth in the final reckoning, surviving a skirmish with Lukas Walfridson in the semi-final that earned the latter a penalty for pushing.

Honourable mentions should also go to Supercar debutants Ben-Philip Gundersen (JC Raceteknik) and Fraser McConnell. The Norwegian was consistently quick and was on-course to reach the final when his car suddenly slowed approaching the semi-final finish line. McConnell was equally impressive for Olsbergs MSE, but team-mate Oliver Eriksson endured a day to forget as the two-time championship runner-up failed to make the last six.

Robin Larsson said: “That was a really good start with the new car – the Audi worked perfectly the whole day. In the final, I got a great launch and having seen how quick Grönholm was behind me in the semi-final, I just controlled the tempo for the opening laps, making sure to drive carefully on the gravel as it was really slippery.

“I knew Niclas had used two new tyres for Q3 and we had four new tyres for the final, so we had a good advantage there and I began pushing on lap three. It was a fun day, without any problems and now I’m looking forward to the weekend.” 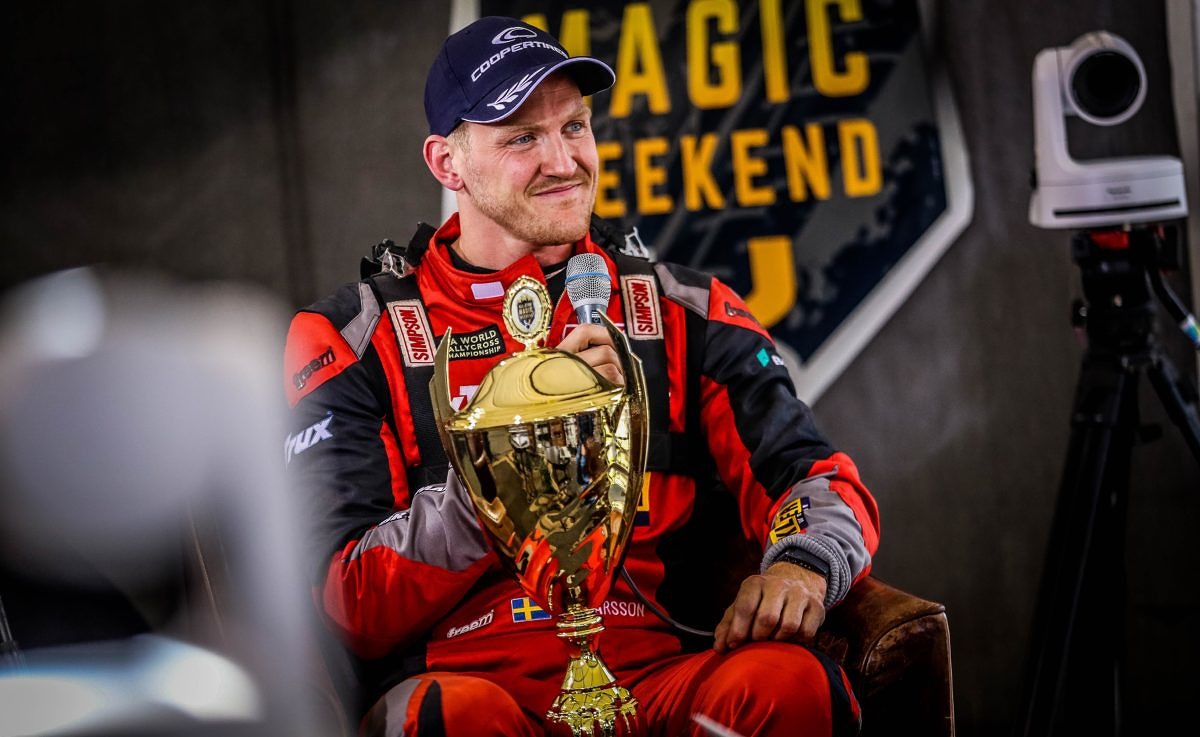 Banishing the bad luck that has plagued him over the past three years, Simon Olofsson sped to an emotional Supercar Lites class victory ahead of #YellowSquad’s Henrik Krogstad – the Norwegian returning to action following a season on the sidelines – and local hero Linus Östlund.

Olofsson is unquestionably one of the fastest Supercar Lites drivers around, but for one reason or another, he has tended to find himself in the wrong place at the wrong time. Today, the Swede was in exactly the right place at exactly the right time and, when Q1 and Q2 pace-setter Jesse Kallio (Olsbergs MSE) picked up a gearshift issue in Q3, it was his STS RX rival that leapt to the top of the intermediate standings.

From there, Olofsson successfully fended off Östlund in a cat-and-mouse duel in both the semi-final and final to register his first win since 2017, with Krogstad bouncing back from a torrid run through the qualifying races to steal second place late on. The home hero took the chequered flag third, ahead of Jimmie Walfridson (JC Raceteknik), class rookie Nils Andersson (TiKRX) and #YellowSquad’s Dan Skoçdopole.

Meanwhile, Marcus Höglund’s ill-fortune from last year’s ‘Magic Weekend’ returned to haunt him, as the Swede – fifth in Q1 and third in Q2 – pulled suddenly off the circuit in the second semi-final just as he was poised to relieve the ailing Kallio of the lead.

Simon Olofsson said: “This is amazing. Honestly, the past few years have been so difficult and racing really wasn’t much fun for me anymore. I wasn’t even planning to drive this season, but then we decided in the end to enter a few races.

“I think the extended winter break has really focussed my mind. When I came here for the #RXQuarantine event in May, I had the same feeling as I had in 2016 – it was the first time since then that I’ve sat on the grid genuinely believing I can win. This is such a special weekend and this victory really means a lot to me. We’re back in the game!” 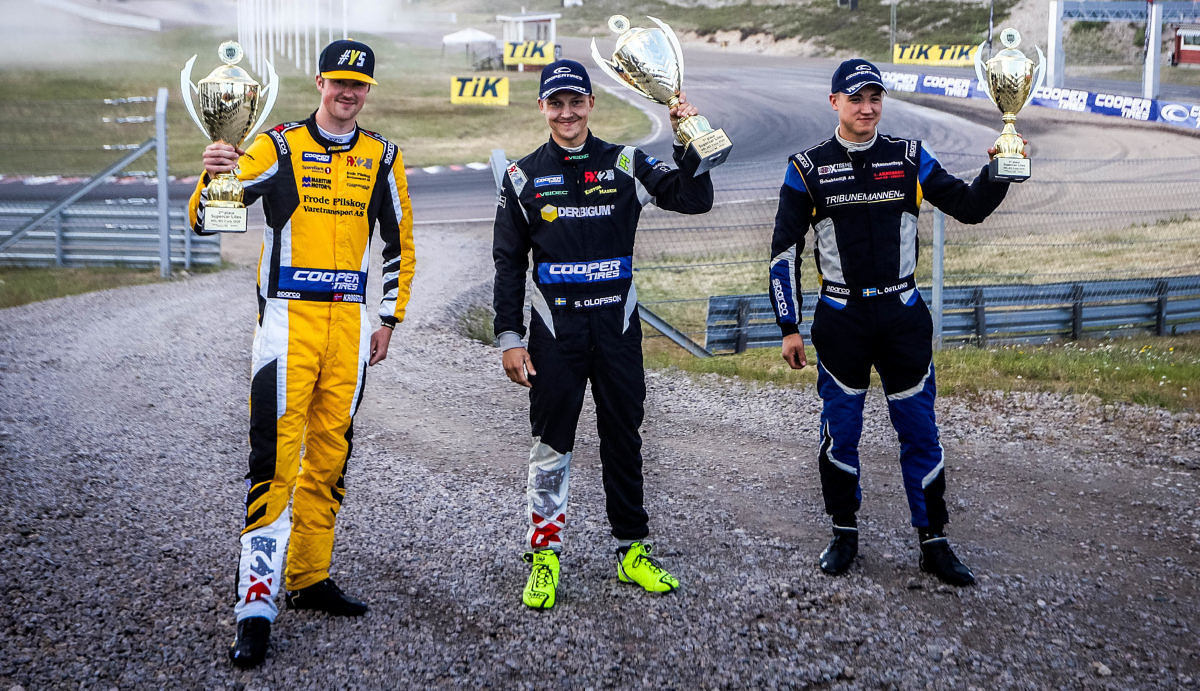 From last on the grid, Oskar Andersson came out on top in a hugely unpredictable CrossCar final that produced drama and excitement right from the word ‘go’. From the second row of the grid, Patrik Hallberg rocketed between the front row starters at lights-out, only to spin the lead away with two laps remaining.

That promoted Isak Reiersen to the front of the field, but a faster joker – despite tapping the barrier on the exit – allowed Andersson to leapfrog his countryman for the most unlikely of victories, having only just scraped into the semi-finals in 15th place. A last corner mistake by Reiersen allowed Isac Egonsson past to seal the runner-up spoils. 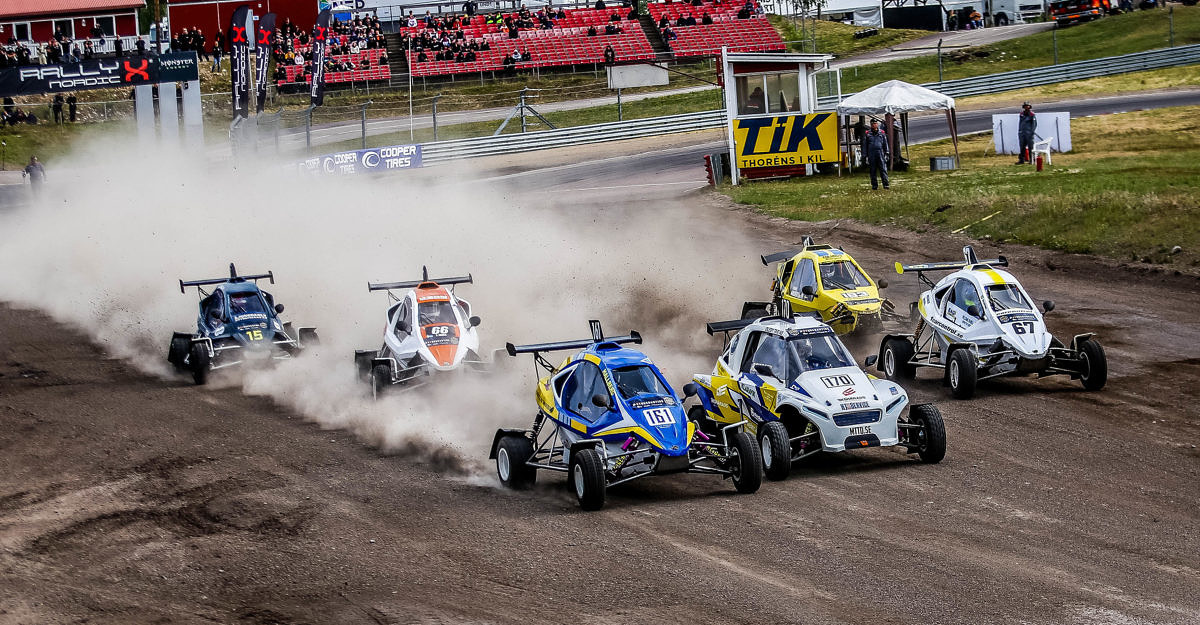 In the new-for-2020 CrossCar Junior class, Alex Gustafsson recovered from a Q1 collision to dominate the final, pulling off an ultra-brave move on Erik Andersson to snatch the lead before proceeding to check out, even surviving a last corner lapse that almost sent him spearing off the circuit. Andersson held on to take the flag second, with Elias Kalliokoski completing the podium-finishers in third.

Oskar Andersson said: “We had some problems in the qualifying races, which meant I had to start right at the back in both the semi-final and final, but our speed was good all day and I just pushed as hard as I could. It was a crazy final and it’s an unbelievable feeling to win – I’m so happy!”

Alex Gustafsson said: “I could never have imagined this – it’s so magical. I wanted to win so much and gave it everything I had. When I saw the gap open up for the lead, I knew I had to go for it and thankfully, Erik gave me racing room. I thought I had thrown it away in the last corner, but fortunately, I had enough of a margin behind to stay in front.” 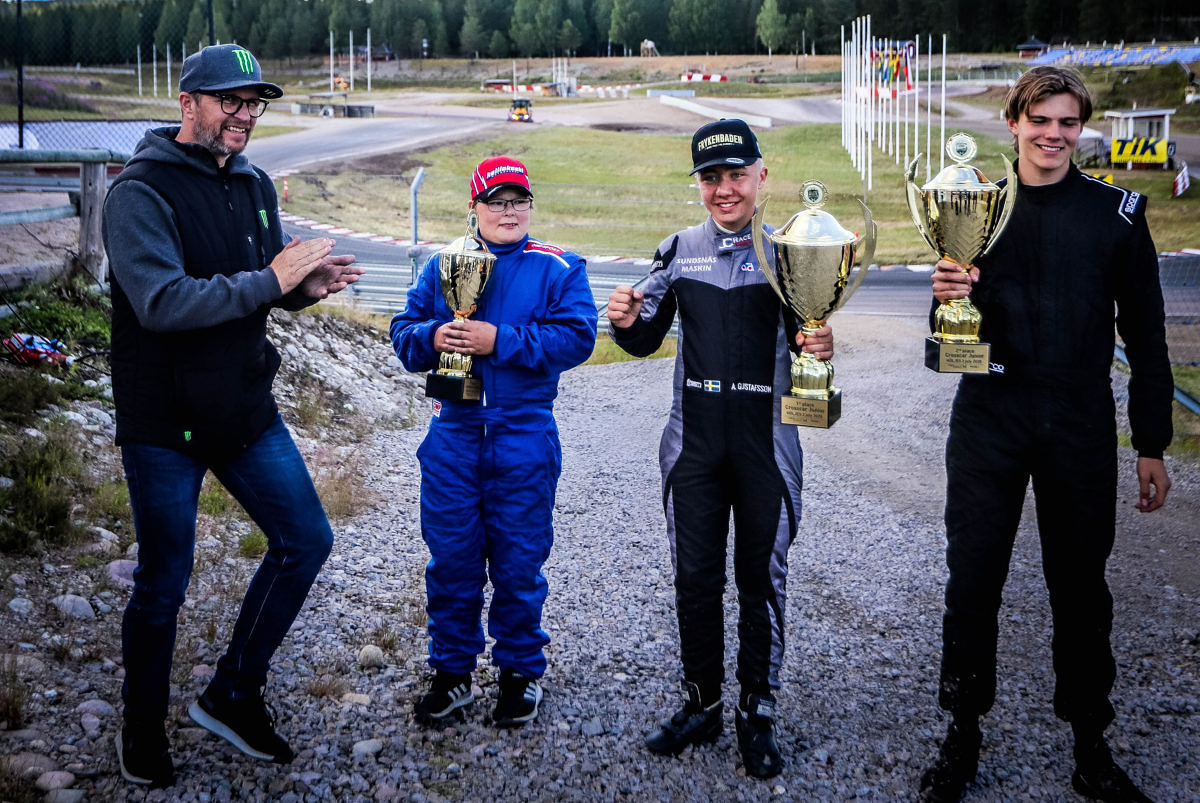