Like a ‘Bosse’: Magic Marcus rolls back the years with vintage performance

It is eight years since Marcus Grönholm last raced a rallycross Supercar, but today (3 July), the Finn not only raced son Niclas’ Hyundai i20 at Höljes’ ‘All-Star’ Magic Weekend, he posted the fastest overall time set so far at the international rallycross season curtain-raiser.

The two-time FIA World Rally Champion has always been a fierce competitor, and he showed his ‘Legends’ rivals a clean pair of wheels in both the timed ‘Shoot-Out’ and Q1 today, with his race time in the latter proving to be quicker than any of the current Supercar drivers managed yesterday. Niclas was a guest in the live studio at the time, and his reaction was priceless…

Olsbergs MSE CEO Andreas Eriksson set the second-best time in the Shoot-Out ahead of former FIA European Rallycross Championship runner-up Henning Solberg, but the Norwegian turned the tables in the race to claim the runner-up position. Stig-Olov ‘Stecka’ Walfridson placed fourth ahead of Per Eklund, the 1999 Euro RX Champion returning to the fray at the ripe old age of 74. 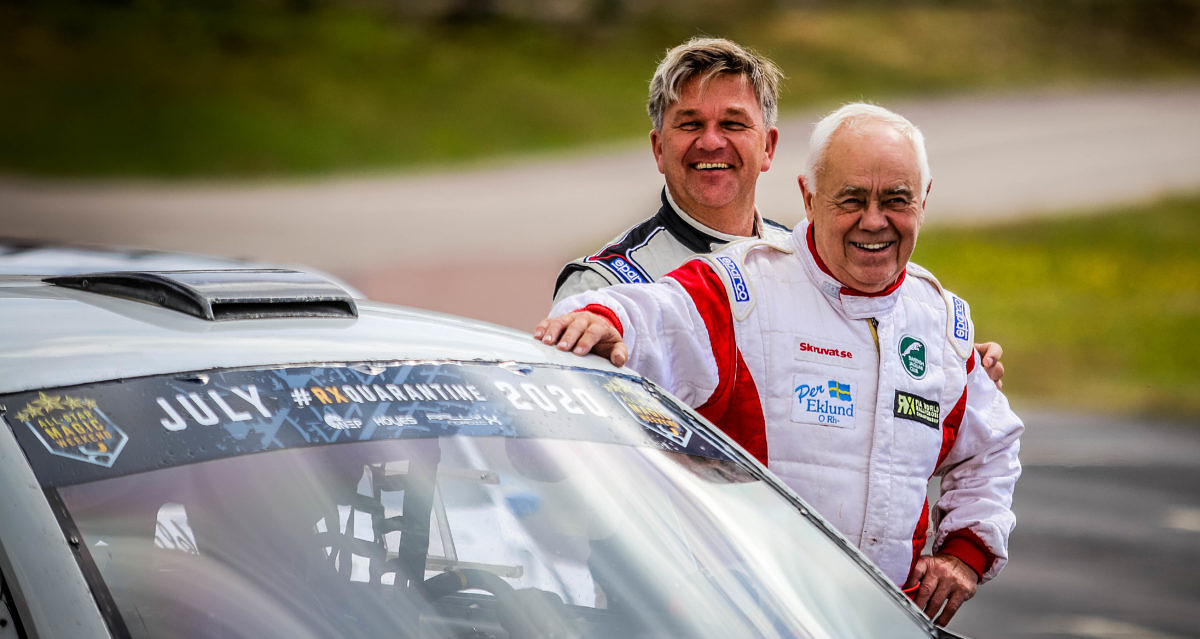 Today’s story, though, was very much about ‘Magic Marcus’. Twelve years on from his first victory at Höljes in his maiden appearance at the track, could ‘Bosse’ be on-course for a second..?

“I can still say it – follow my lines!” Grönholm quipped, before adding, modestly: “It was all about consistency and in my opinion, we have improved the car since yesterday, so maybe Niclas can push tomorrow. As for me, you know, from time to time, it’s fun to do things like this…”

Make sure you subscribe to the livestream so you can tune in tomorrow and on Sunday to follow the rest of the action from close quarters. You can also replay all of Thursday and Friday’s shows, and rewind, pause and re-watch to your heart’s content until the end of the year.

The attractively-priced package offers more than 26 hours of high-octane action and interviews for just 249 SEK (c. €24,99). Subscribers will also gain complimentary access to all 2019 RallyX Nordic races as a bonus. You can sign up here.