RallyX Nordic debutant Oskar Andersson made an electrifying comeback at round one of the Höljes’ ‘All-Star’ Magic Weekend (2-5 July), which also happened to be his first foray into the series, making the achievement all the more remarkable.

After qualifying 15th in the intermediate standings thanks to a DNF in Q2, the Swede faced an uphill battle to make it into the final six. He did just that, scraping through to a second-place finish in his semi-final leaving Andersson to line-up sixth on the grid for round one’s grand final. 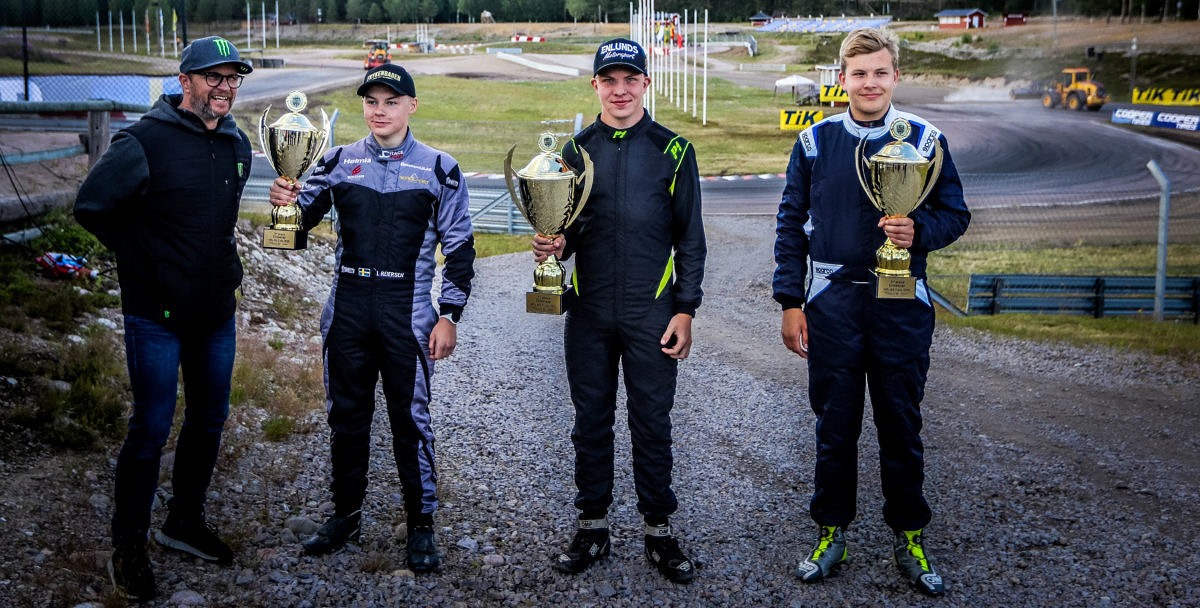 Starting last wasn’t enough to deter the #183 driver from sealing the victory however, he fought through the pack and came out on top in a hugely unpredictable race that produced drama and excitement from the word ‘go’. From the second row of the grid, Patrik Hallberg rocketed between the front row starters at lights-out, only to spin the lead away with two laps remaining. That promoted Isak Reiersen to the front of the field, but a faster joker – despite tapping the barrier on the exit – allowed Andersson to leapfrog his countryman for the most unlikely of victories.

Unfortunately, the Enlunds Motorsport driver would not enjoy such good fortune in round two. An engine failure meant his car caught fire in Q1, ruling him out of the rest of the day’s competition. Despite solid performances in Q3 and Q4 the next day, he failed to make the semi-finals in the 40-strong field.

Andersson experienced the triumphant highs and the luckless lows of rallycross in just one weekend. An event of two halves means he lies 12th in the overall standings moving on to Arvika.

“Round one started pretty well with a third place in Q1. During Q2, the chain broke on the first lap, which meant a DNF. In Q3 the speed was good but I hit a track marker, so I got an 8th place there. I knew that I was fast and in the semi-final, I pushed as hard as I could to get to the second final spot. Then in the final I tried to stay out of trouble and once I was fighting for the lead, I tried to nail my joker lap to come out in front, luckily it worked! It was amazing to win the first round of the season!

“The second event started as bad as it could with an engine failure in Q1. The whole team worked hard to swap engines between Q1 and Q2 but we didn’t manage to get it done so I ended up with a DNF in Q1 and Q2. On the Sunday I did my best to get every single point I could to get in the semi-finals but unfortunately, it wasn’t enough.

“I thought that the event as a whole was very fun for all the drivers and teams to be back racing, it was a great weekend of competition that was very well organised considering the circumstances.”