Dan Öberg began the 2020 RallyX Nordic presented by Cooper Tires season as an unknown in the discipline and with zero prior experience of driving on gravel. Come Nysum in September, the Swede reached the final for the first time, underscoring the impressive progress he made over the course of his rookie campaign.

From 2016 to 2018, Öberg spent his time piloting a Mercedes AMG and a Lamborghini on racetracks in his native Sweden and Norway, leaving him – by his own admission – somewhat unprepared for his rallycross debut during Höljes’ ‘All-Star’ Magic Weekend in July.

Behind the wheel of his Volkswagen Scirocco, the 33-year-old achieved a best result of 16th in the high-calibre field at Höljes, before he headed for his home circuit of Arvika, where two top ten qualifying race performances – ninth in Q2 and eighth in Q4 – saw him make the semi-final stage at only the second time of asking.

But better yet was to come. As he continued to learn the ropes and climb the order, the Värmland-based driver placed seventh in Q1 on the opening day at Nysum and eighth in Q3 to progress through to the semi-finals once again, before saving his best until the very last day of the campaign.

With a brace of top six qualifying race results, Öberg advanced to the semi-finals in seventh place overall on the Sunday in Denmark, subsequently sealing a coveted spot in the final for the first time – in the illustrious company of the likes of Oliver Eriksson, Ben-Philip Gundersen and Fraser McConnell. From there, fifth place at the chequered flag made him the sixth-highest scorer of the day, securing him a highly commendable 12th position in the end-of-season standings.

“Racing a rallycross Supercar was seriously fun and a much better kick than driving my Lamborghini on a racetrack,” acknowledged the MKIVRX ace. “The amount of power and grip in these cars is astonishing and really can’t be compared to anything else.

“The learning curve was almost vertical. To begin with, my head was full of simply learning how to drive, but by the end of the season I was starting to understand differences in damper settings, associated pros and cons and all the other things you can adjust on the car, rather than just trying to drive it.

“Coming straight from asphalt racetracks, I had never driven on gravel before, so I didn’t know if I was a ‘send it guy’ who uses the handbrake or the typical ‘understeer guy’ that you see in circuit racing, running tight lines and always looking for the shortest way. It seems that once you master sending the car, that’s way more fun, so that’s the approach for me!

“It was fun to reach the final in Denmark with the Scirocco and overall, RallyX Nordic was a great series to drive in. It’s a friendly, close-knit environment, and I really like that feeling. As for the future, I’ve recently upgraded from my trusty Scirocco to something even racier, so let’s see what 2021 has in-store…” 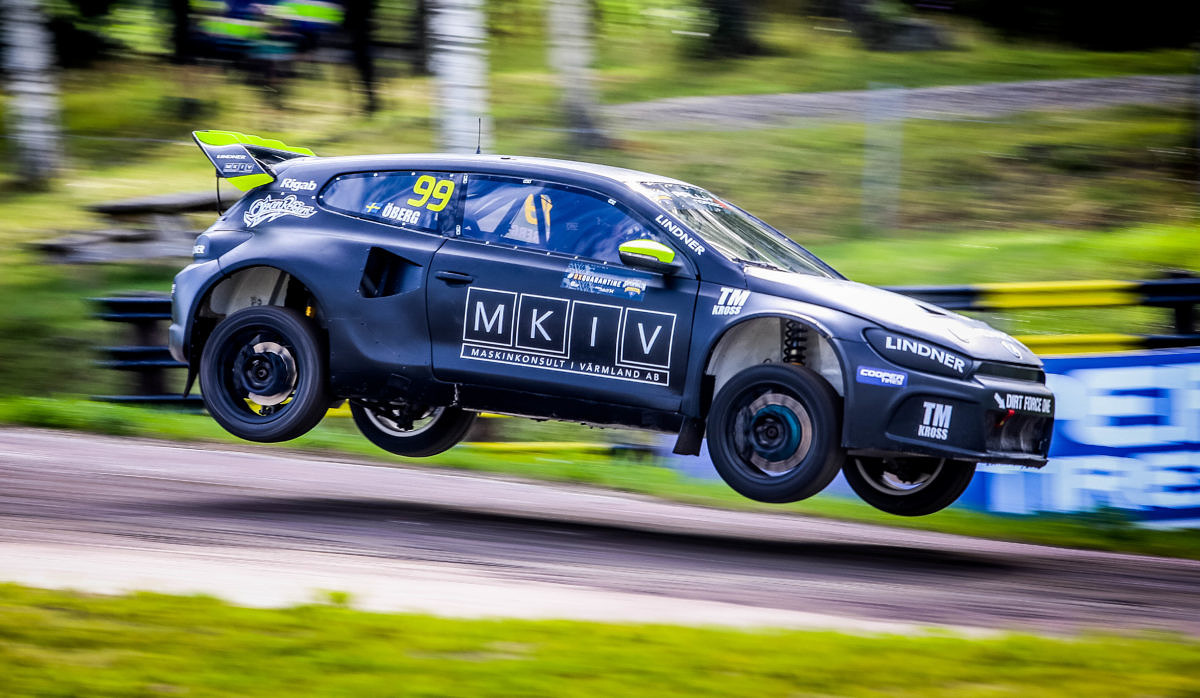