Lukas Andersson is under no illusion about the role his family played in helping the 13-year-old secure the 2021 RallyX Nordic Crosscar Junior Championship.

Andersson claimed the overall honours by just a single point from Alex Gustafsson after a nerve-wracking final day of an enthralling campaign at Arvika.

Holding a four-point lead over his rival ahead of the Round 7 finale, the teenager knew he would still lift the title even if Gustafsson won as long as he came home second – and the Swede duly delivered, although it was touch-and-go after a 3-second time penalty for a start-line infringement.

Andersson said: “Winning the RallyX Nordic title in Crosscar Junior has been my goal all season. I trained a lot prepared in a much better way than last year, and it seems that it worked well. Taking the title really meant a lot to me, because it is proof that I am improving my driving skills and all my training has really paid off. 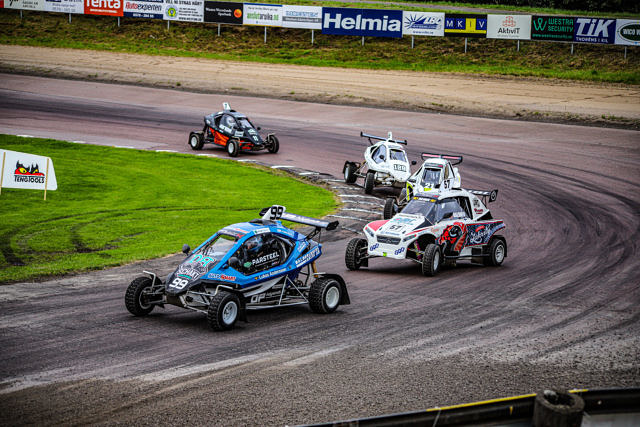 “The support from everyone this year has been fantastic, and without all my sponsors this would not have been possible. My friends and family have really helped me throughout the season, and my dad has been responsible for our crosscar performing as well as possible before each race.

“My brother has also helped me, talking through all the different strategies and options I have before a race, when the joker should be taken and which racing lines I should use. I am really looking forward to getting him as a spotter when I go up to the larger classes. TEAM LACK 99 would not be the No. 1 team this season without the help we have received from all our sponsors, and it is pleasing to see how efficiently we work as a small team.”

Andersson began the season in scintillating form, picking up a brace of victories in the double-header curtain-raiser at Nysum, Denmark.

However, Gustafsson struck back with a pair of victories at Höljes while Andersson could only manage a third and a fourth at the iconic Värmland circuit. 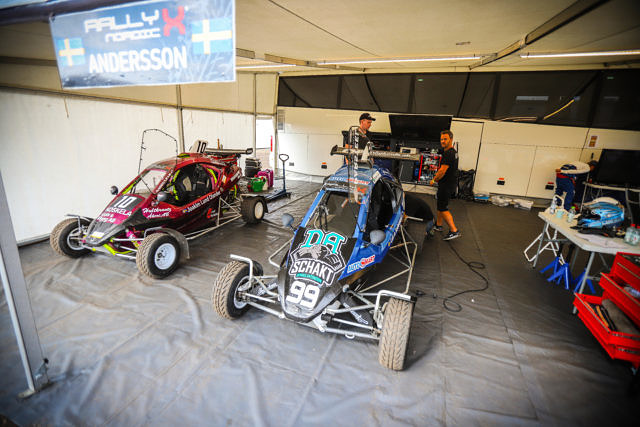 Elias Kalliokoski took the spoils in Round 5 at OuluZone but Gustafsson returned to the top step in Round 6 while Andersson was second on both occasions in Finland.

That consistency left Andersson in the driving seat for the season finale, although EKS JC prodigy and reigning champion Gustafsson made it four wins from his past five starts to push his title contender all the way.

“My rivals have been really good all season and that’s why it felt even better to win the title,” said Andersson.

“The class has grown with new drivers from different countries, which made it even more difficult, and I really needed to push as much as I could. When I look back, the title was not as safe as I thought with me only winning by one point, and that only shows how difficult it is to win a RallyX Nordic title. 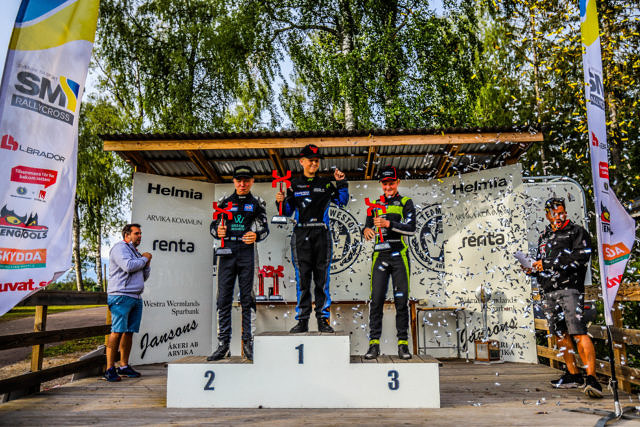 “I think the RallyX Nordic series does a really good job of organising all the races. There is no other championship with so many good competitors, especially in the junior classes – it is a great way for new stars to be born and racers to grow.”