The Kristoffersson Motorsport youngster is one of the hottest prospects on the rallycross circuit, having finished second in the RallyX Nordic Supercar Lites category – simultaneously claiming the Swedish Championship crown – before going on to impress in the all-electric RX2e series.

And Andersson recently gained even more valuable experience with a test day in the VW Polo Supercar of his mentor, three-time FIA World Rallycross Champion Kristoffersson.

Writing on social media, Andersson said: “Thanks Johan Kristoffersson for letting me try your car for some laps!

“It was the absolute most fun I’ve ever had behind a steering wheel. It’s a real dream come true to try a supercar. Kristoffersson Motorsport – thanks.”

Andersson, who joined the Kristoffersson Motorsport stable at the start of the season, was pictured at Arvika posing alongside the family-run VW Polo.

Kristoffersson piloted the machine to three race wins and a further three podiums from seven rounds this term, comfortably sealing the Supercar title ahead of Fraser McConnell and Sondre Evjen.

And the test will have been an opportunity for Andersson to experience a significant step up in performance compared to the power and handling of his Supercar Lites vehicle, with which he won at Höljes earlier this year. 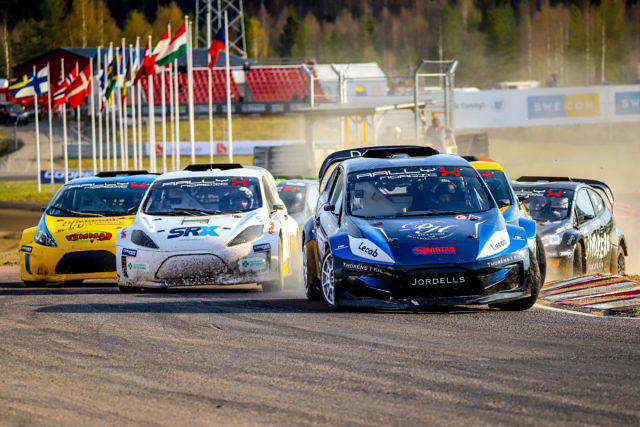 Andersson most recently raced in Rounds 2 and 3 of the FIA RX2e Championship, suffering misfortune as a loose stone caused his car to shut down when well-placed in his semi-final at Höljes, before the Swede came home eighth in France.