Sjökvist: I have proved my critics wrong this season with rapid development

Isak Sjökvist believes he has proved his worth on the Supercar Lites stage this season as the Swede prepares for the final round of the RallyX Nordic presented by Cooper Tires Championship at Arvika (August 13-15).

The karting ace made the step up to rallycross at the start of the current campaign, competing out of the Olsbergs MSE stable for his debut year in car racing, and has shown significant improvement over the past three months.

Sjökvist was a leading protagonist on the world karting stage before joining the RallyX Nordic grid, and the youngster has adapted rapidly to the requirements of rallycross.

“This has been my very first season in this type of car, and I think my development process has been quicker than expected,” he said. 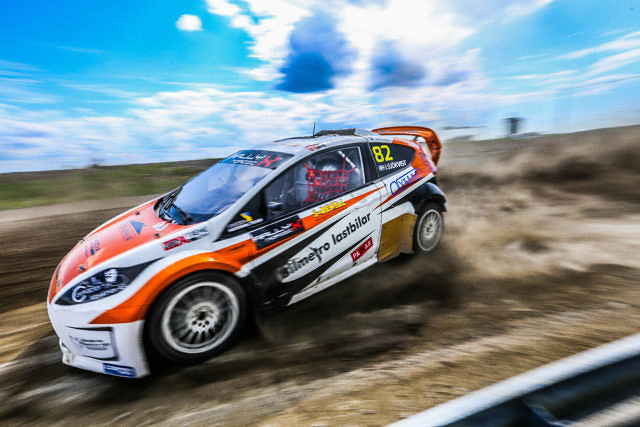 “From early on in the year, we have had the capacity to fight for the podium places. This season has proved to my critics that I am not one to discount, no matter what the situation. I see that as a sign that we have exceeded expectations this campaign, but there are always still improvements to be found and implemented.”

Sjökvist had a steady start to the season in Round 1 at Nysum, picking up four points in the curtain-raiser before making it to the semi-final in the second leg of the Danish double-header.

Further semi-final appearances followed in Höljes before a breakthrough weekend at OuluZone, with the Swede making the final during both rounds in Finland.

Sjökvist finished fourth on both occasions, having impressively finished second in the R5 intermediate standings, and he will be looking to process further when the RallyX Nordic campaign concludes. 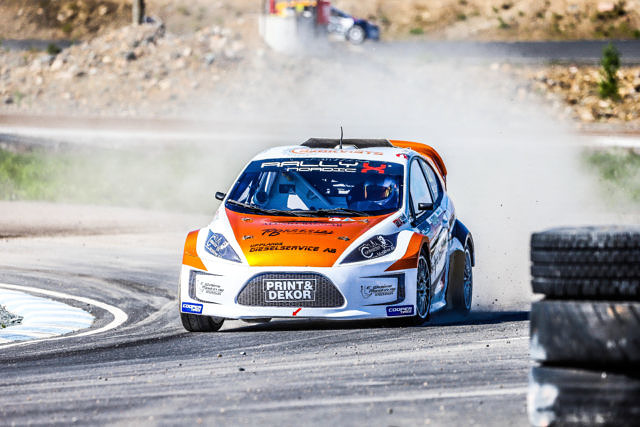 “Without a doubt, our goal for the last round in Arvika is to secure a podium spot – and first spot would definitely taste great!” he said.

“Coming from a karting background where organisation is key and needs to be exemplary throughout a whole series, I had high expectations about RallyX Nordic.

“I expected the series to meet a high standard with regards to professionalism and logistics, and the championship has absolutely lived up to all the expectations.

“I am enjoying every moment of competition, and have loved every single race so far!”