Enlund: To run your own team is really special and we learned a lot

Martin Enlund has praised his family-run team after a successful – if slightly frustrating – season in RallyX Nordic’s Supercar Lites category.

The Swede ended the 2021 campaign fourth overall, level on points with third-placed Linus Östlund, having reached the final in the highly competitive class at five of seven events this term.

A podium finish in the second leg of the OuluZone double-header was a standout display, and was all the more impressive considering Enlund has been competing against drivers with the support of more established rallycross teams such as Olsbergs MSE and Kristoffersson Motorsport.

“My performances this season have been okay, but I have experienced some technical issues which made it a bit hard to show my true potential,” said Enlund. 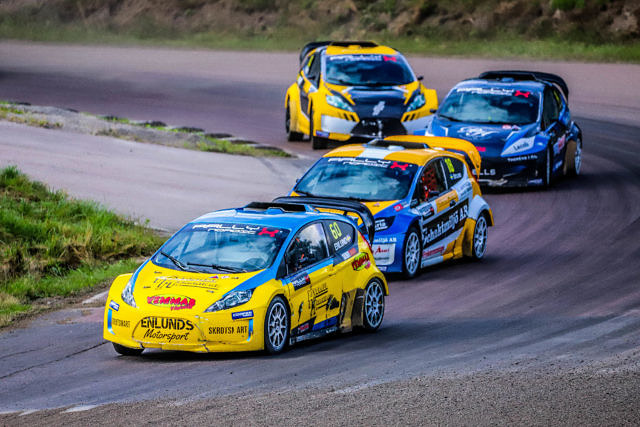 “Unfortunately we ended the season P4 in the championship, on exactly the same points as the driver in P3 (Linus Östlund), but we have learned a lot during this season.

“To run your own team is really special. You learn so much and I am delighted to run Enlunds Motorsport together with my dad Roger. To have all the fantastic people around to make this into a dream team really is the best thing.

“We all are focusing on the same goal and targets, and we want to achieve them together which is super important. We have a lot of fun together and I am super happy to have the right people around.

“My partners and sponsors are really key in ensuring that we can compete, so I am happy and proud to represent these companies and would like to build an even bigger collaboration with them.” 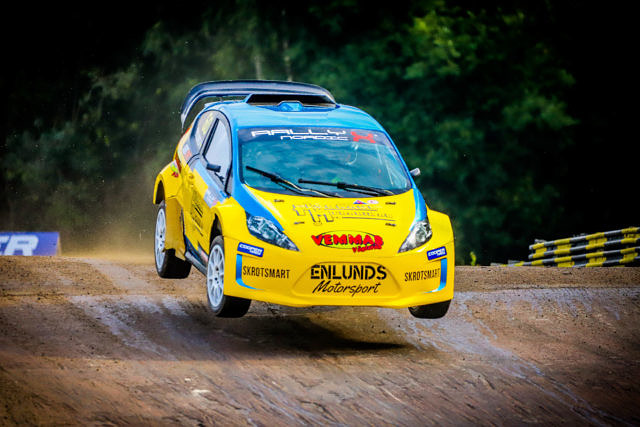 Enlund was one of the frontrunners throughout the most recent Supercar Lites campaign, although the entire field struggled to match eventual champion Tommi Hallman – who picked up four wins and a further three podiums in a dominant season.

A sixth and a fourth during the curtain-raising weekend at Nysum in Denmark represented a solid start for Enlund, before another fourth in R3 at Höljes rubber-stamped his credentials at the sharp end.

Two disappointing outings at Höljes and OuluZone respectively followed before the Enlund Motorsport ace rediscovered his touch, bagging third behind the local pair of Hallman and Jonne Ollikainen at the second event in Finland.

Enlund then set the pace on Saturday during the season finale at Arvika but eventually came home fifth, one place behind Östlund which allowed the Olsbergs MSE driver to clinch third overall. 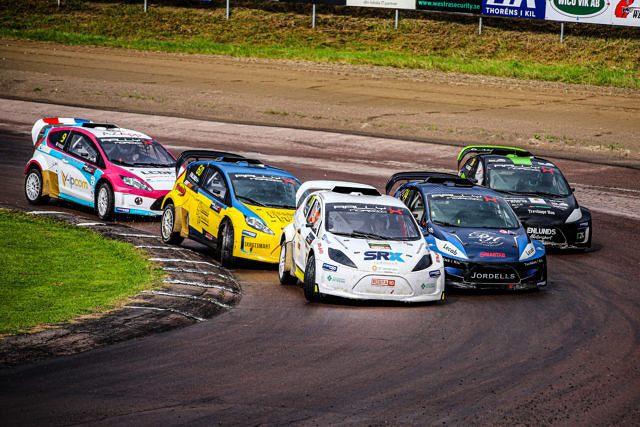 “All the drivers in the Supercar Lites class operate at such a high level,” explained Enlund. “That is ideal because you always need to be on your toes in order to get a result.

“You always need to keep pushing and learning new ways to be even faster, so having a strong field around you makes you push even more.

“With this in mind, the RallyX Nordic series is one of the best around in my opinion. The TV package and the high performance levels of the drivers in every class make it a great series. There is also lots of innovation like the cutting-edge drone footage and the TV production is really great.

“You really get plenty of action when the whole field is performing at such a high level, and hopefully the livestream remains free next year so RallyX and the sport of rallycross can continue to grow!” 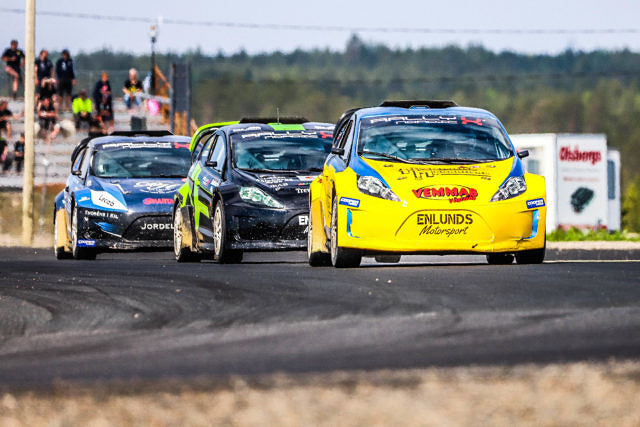 Enlund has since gone on to compete in Nitro Rallycross’ NRX Next series and currently tops the standings after four rounds, having claimed a win and three second places.

“At the moment I don’t really know what I will do next year, but I would like to drive in RallyX Nordic again – and maybe something else as well!” he said.

“It all depends on budget and there are plenty of options out there, but the RallyX Nordic series is really great and I love racing in it.”